Home » Board of Directors 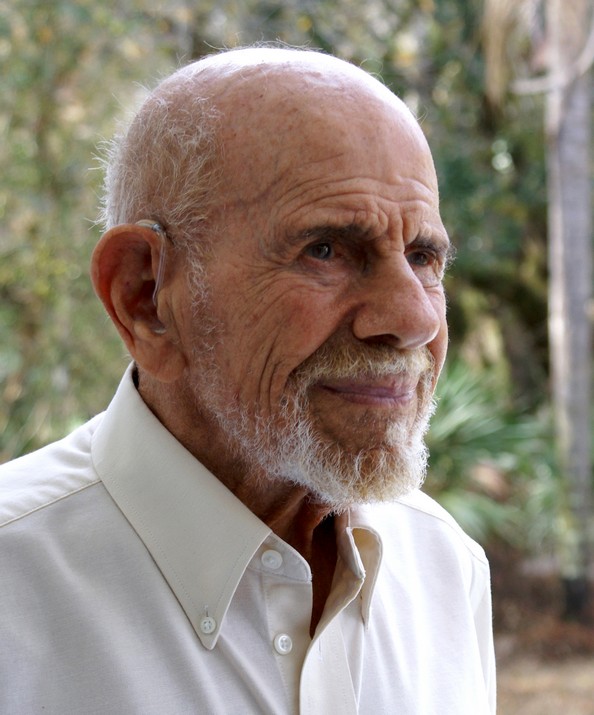 Fresco's interdisciplinary training has led to countless innovations ranging from small biomedical instruments to massive total city systems. His integration of science, art, philosophy, and social engineering has constituted a consilient vision for planetary planning that he called a Global Resource Based Economy.

Across his lifetime, Fresco communicated his vision through five books, seven self-produced films, and innumerable presentations to civic groups, film festivals, conferences, and universities across the United States and in over 25 countries worldwide. Many of these presentations are preserved in thousands of hours of recorded media. His work has been featured in over 1,000 publications and 20 widely acclaimed films.

Fresco's presentations reflect a serious attempt to both illuminate the causes of social problems and to outline a wide variety of constructive alternatives. His particular lecture technique enables uninformed audiences to grasp the significance of complex social and technical issues through his use of analogy, example, anecdote, and visual illustration in an informal style.

In 1971, Fresco founded Sociocyberneeing, a not-for-profit organization, and in 1995 co-founded the culmination of his lifework, The Venus Project. Starting in 1980, together with his associate Roxanne Meadows, they constructed ten buildings based on his designs, establishing a twenty-one acre center in Venus, Florida. Here they produced videos, books, models, renderings, blueprints and much more depicting Fresco’s designs of future possibilities.

Prior to Fresco’s death on May 18th, 2017, the United Nations acknowledged his contributions by bestowing an award to him for Sustainable City Design and Community. For more about Fresco's background, visit his resume. 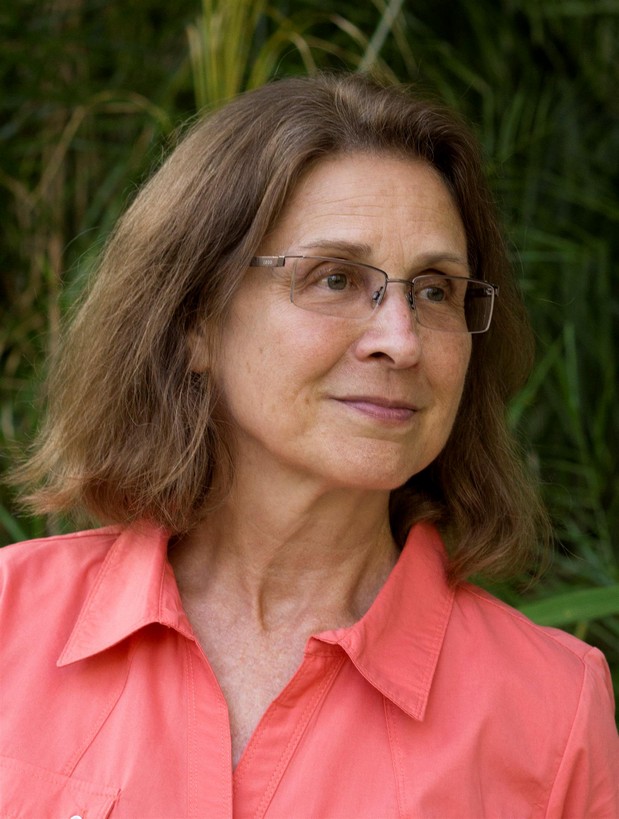 Roxanne Meadows worked with renowned futurist Jacque Fresco for 41 years to develop and promote The Venus Project. The function of this project is to develop and implement alternative solutions to the many problems that confront the world today. She participated in a multitude of ways, from organizing and designing books, producing and editing eight documentaries, co-writing articles, co-designed the interior and did a large part of the construction of the 10 buildings of The Venus Project’s 21-acre Center in Florida.

She prepared blueprints, models and renderings for various city designs and other proposals presented by The Venus Project. This work has appeared internationally in numerous newspapers, magazines, and journals, as well as many books, websites, and blogs. Ms. Meadows and her work on The Venus Project have also been featured in radio, television, documentaries, and film festivals. She has been interviewed or featured in Futurism.com, Bloomberg, New York Times, Huffington Post, Houston Chronicle, Miami Herald, Philadelphia Tribune, The Times of India, Herald de Paris, Horizon, BBC Two, Now this Future, GQ Italy and much more.

Futurist Ms. Meadows, along with Mr. Fresco, has presented the aims of The Venus Project at conferences and seminars throughout the United States and in over 27 countries around the world. She also presented with Mr. Fresco to the United Nations in reception of his award for Sustainable City Design and Community.

Roxanne Meadows attended Moore College of Art and received her B.F.A. from Maryland Institute of Art. She became a professional portrait artist utilizing many different types of media. She later studied design, technical and architectural rendering and model making under Jacque Fresco for 6 years.

Starting in 1985, Ms. Meadows supplied architectural renderings, models and design work to major developers and architects throughout the U.S. She was founder and president of Architectural Arts Inc., which continued this service from 1997 to 2008. A few of her numerous clients include: Disney Development Corp., Trump Towers Tampa, The Lutgert Companies, Westinghouse Communities, Santiesteban & Associates Architects, and Lennar Homes.

Ms. Meadows is well known for her accomplishments in scientific, technical, medical, and architectural illustration and model making. She taught technical and fine arts at the Sebring and Lake Placid Art Center, and has worked as a computer animator for Ken Sneeden and Associates. In pursuit of other interests, she is also a licensed private pilot.

A more in-depth resume can be found here. Roxanne is available for lectures. Contact her for more information. 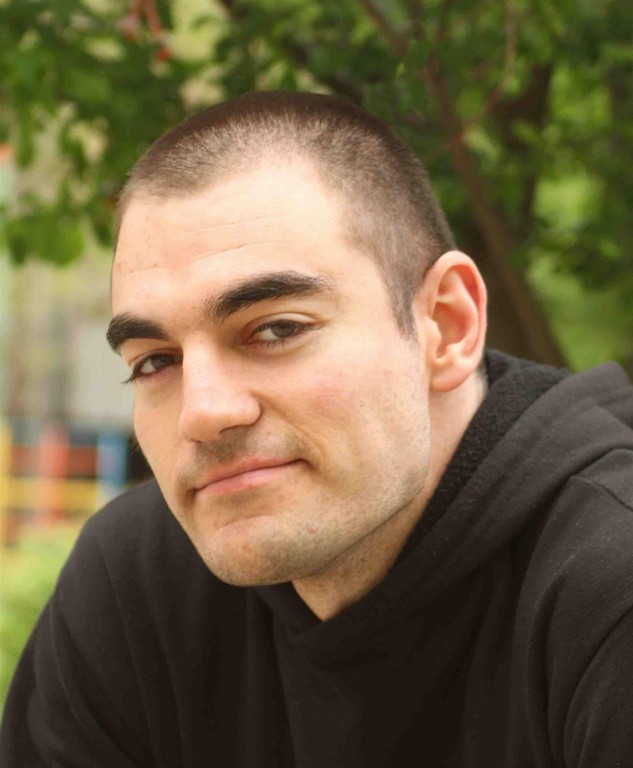 Borislav learned about the concept of a Global Resource Based Economy in 2009, upon which he decided to volunteer his time to help make this vision a reality. He has embraced developing an interdisciplinary skill set as a necessary approach to making progress on the global challenges facing humanity today.

As a software engineer and server administrator, he learned an engineering way of thinking which plays an essential role in problem solving. Whether it is automating everyday operations or imagining and implementing new ways of doing things, having an interdisciplinary perspective helps him design solutions based on the underlying human needs and organizational workflows.

He is the founder of KnowledgeMap.me. This project ultimately aims to create a shared global brain for all of humanity, where all the knowledge is interconnected, to help inform our decisions and connect the dots between our sciences. He is also the founder of Mail Reach.

Borislav is super passionate about education and learning as evolving concepts, and the changes a very different concept of education can bring about. For several years he has been working with kids and adults, teaching guitar and English. Learning from how kids approach learning outside of class settings is frequently eye-opening. Such openness to what they offer enables the co-creation of learning goals and pathways to happen, with innovative thinking on both sides, and with support, experience and effective methods from the teacher's side. Where this environment of openness and safety makes it possible for people to spontaneously suggest and create innovations based on their existing background, effective learning methods mean rapidly getting from zero to an advanced level of a skill (if attaining this is what is desired). He also has interests in the automation of education and has created an automated course on time management.

He strives to take insights from the fundamental sciences to form new ideas and quickly get feedback before and after applying them in the real world, in order to understand their desirability and feasibility.

He is interested in the design of radically effective and sustainable machines, the design of effective and self-maintaining organizations that have a purpose, and is aspiring to learn more about the design of self-maintaining ecological systems that produce abundance. He is furthermore interested in processes that enable the collaborative development and continuous improvement of such designs, and in working on our understanding of the effect and role of these designs in the world at large and over time.

He is a graduate of the Compassion Course. This skill set has been fundamental to enabling him to have consistent clarity about his work, live in accordance with his values, and collaborate with a wide variety of people whose behavior may differ from his. His application of a discipline usually called General Semantics has also been fundamental to facilitating communication, as well as to all his other endeavors.

He is a Warm Data Labs host, which work involves highly transcontextual research to create systemic change, and to change and nurture relationships between life. 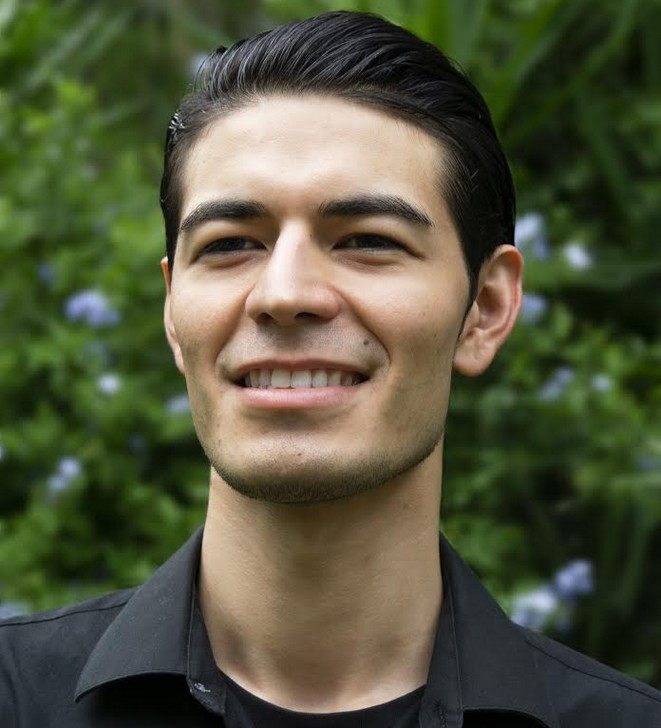 Nate encountered the work of Jacque Fresco in 1998 and 2002 but became committed to the vision after 2008. His Interest grew through his academic research into Jacque Fresco's biography and body of work. As a documentarian, Nate interviewed over 30 associates of historical and contemporary significance to Fresco's life and to The Venus Project as part of an ongoing documentary project that seeks to explain Fresco's history and the conceptual foundations of the vision now known as a Global Resource Based Economy.

In 2015, Nate was a contributing editor and videographer to The Venus Project documentary, The Choice Is Ours. He has also organized a transcription project to transcribe the hundreds of hours of Jacque Fresco's lectures. Nate currently contributes to product development derived from archive assets, continues data management of archive files, and studies transmedia storytelling to convey, through fictional scenarios, the vision of a Global Resource Based Economy to the public. 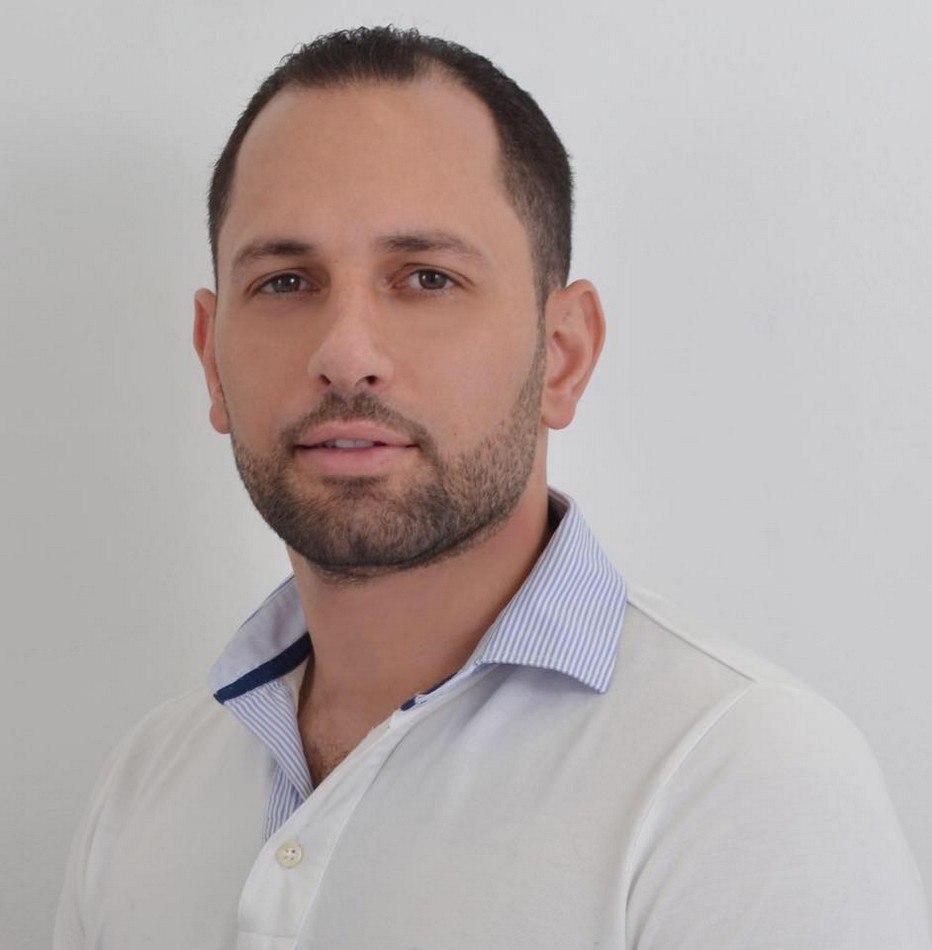 Through his search for an approach to human and environmental struggles from the age of twelve, Theo subscribed to anything from religion, politics, to supernatural and superstition.

After thoroughly investigating the claims of different groups through their own material and criticisms, he was not convinced with what was out there and thought a more radical approach was required.

In 2009 he came across The Venus Project, and for the next few years investigated the concept with an equal amount of scrutiny. After visiting the center in Venus, Florida in 2014 Theo decided to become a volunteer but thought education was a necessary step. Taking the course that was offered at the time, The Mentor Program, Theo learned the intricate details that make up the concept of a Global Resource Based Economy.

He quotes “if you are satisfied with what you think you know, you are retarding, if not halting your own and everyone else’s development.”

Having had education and experience in the past, as an educator, lecturer, and instructor in his own field of work, Theofilos evolved the course into what it is now, utilizing a systems approach to education - The Sociocyberneeing Education Project and is teaching it to others who follow a similar passion for the concept as he does.

As a Captain of the Boeing 777, and in the past a Captain, Type Rating Instructor and Crew Resource Management Instructor of the Boeing 737, and a Deputy Chief Flight Instructor for a Flight Training Organization, Theo has learned through formal training and experience how multidisciplinary thinking, knowledge, Human Resource Management, and leadership drive a large team forward for a better outcome. His discipline in utilizing and developing procedural systems, combined with the resilience required for a dynamic workplace environment, makes him able to contribute significantly to the direction of The Venus Project.

Having his hands full as a father of two, a husband, and the responsibility of being a Captain of a major Airline, he has learned the importance of cutting out irrelevance, and using his skills for achieving the outcomes he is after, while having a significant return on the time he invests in The Venus Project.

Apart from developing his own career goals, Theo is currently working on evolving the course he teaches further, writing a book on the concept of a Global Resource Based Economy, mining Jacque Fresco’s lectures for pertinent information which will help make The Venus Project a reality. He is also involved in developing the organization further and as part of The Venus Project's Vision team he attempts to ensure that the aims and proposals of The Venus Project are realized.