Since the establishment of intensive agriculture, humans have tried to utilize space and resources as optimally as they could, to feed as many people as possible with as little effort as their knowledge and understanding would permit. One of the seven wonders of the ancient world, the hanging gardens of Babylon, according to various scholars, was a series of vertical terraces constructed on top of one another, to increase the arable capability of a city in ancient Iraq.

Today’s agricultural practices, especially monoculture, are extremely inefficient at utilizing space optimally. Observing how nature utilizes space and mimicking natural configurations in our agricultural planning can assist us both in increasing yield per unit of space and nutritional value of crops produced. Most forests are organized in layers generally divided in seven major categories (described by Robert Hart and widely used in permaculture) which can be imitated in an agricultural setup as follows:

Mushrooms can also be incorporated whenever possible since most of them do not require solar radiation as they don’t photosynthesize, rather they secrete enzymes to break down compounds and some of them can grow directly from tree trunks, decaying timber matter or other decaying matter.

In The Venus Project Integrated Aquaponics System, we try to take advantage of as much space available as we can to grow crops. So we decided to utilize the area above the fish tank and the walkways for our hanging gardens. Here we grow vining crops, such as ridge gourds, snake gourds, bottle gourds and other vines supported by our trellises in an area that would otherwise only function as aisles.

Continuing the theme of space utilization, we are looking for people experienced in mycology to help us grow mushrooms in areas that are currently not fully used. As an example, there is a large amount of shaded area on the plant beds, underneath the branches and leaves of all the other plants. We are also looking to utilize the plant mass of dying and dead plants, and mushrooms may be a way to do that. If you have experience in these areas, get in touch with us via this page.

VKN runs a private limited company (named startup of the year) in India backed by over 9 years of hands-on experience as an early adopter of Integrated Aquaponics System (IAS) methods. His focus areas include but are not limited to commercial farming, training, consulting and/or franchising IAS technology. For the last couple of years, he has been working with various teams in planning and designing the agricultural belt of an entire social complex of The Venus Project. His work on that included scalable IAS solutions for the execution of various agricultural methods and practices of cultivating the soil, producing crops and raising livestock and in varying degrees the preparation and marketing of the resulting products. Those efforts led to this current #TVPIAS project and VKN is now in charge of its implementation. 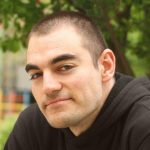 Borislav’s background includes neuroscience, teaching and IT engineering. He is interested in both design for radical effectiveness and a wider systems perspective across space and time. His work with The Venus Project over the years has been in diverse roles, often supporting the creation or automation of procedures and workflows in various teams. He has created a couple of web platforms which were inspired from integrating insights from disparate areas. For this project, one main purpose for him will be to support the integration of knowledge from a variety of fields into a single whole, out of which completely new insights can be born, as well as to support the spreading of this knowledge to people around the world. 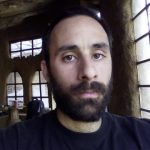 Frixos is a nutritionist/dietitian specialized in both health and disease. He has done a Bachelor’s and a Master’s degree in this area, collaborated with several hospitals and universities, and worked professionally and conducted research with patients on nutrition and quality of life. He has also co-created simple nutrition analysis and menu creation tools. For the past decade he has shifted his focus on a more holistic approach towards nutrition, including botany, natural remedies and traditional medicine. He has experience in natural building, hydraulic engineering, composting, soil creation, companion planting, landscaping, water management, heating systems, geopolymer techniques and is interested in anything related to the land, food production and energy conversion.