There are many forms of renewable energy sources that could supply the world with more power than current global needs. The sources mentioned below are just some examples of renewables. Evidently, if the potential of only one of these sources is harnessed efficiently and utilized intelligently, it would supply more than enough to meet the current energy demands. Combining all renewable sources allows us to build a technologically advanced society with tremendous capabilities. 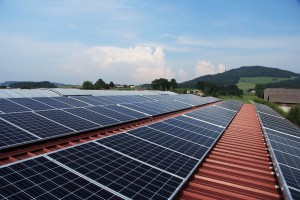 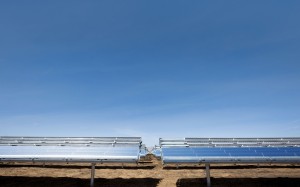 Solar power is the conversion of sunlight into electricity, either directly using photovoltaics (PV), or indirectly using concentrated solar power (CSP). It has tremendous potential from storing energy in batteries for private use to large scale solar plants on land and in the sea. The radiation that strikes the Earth’s surface each year is more than 10,000 times the world’s current energy needs. 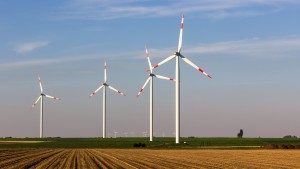 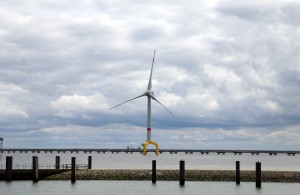 The power of strong onshore and offshore winds can be extracted from air flow using wind turbines to produce mechanical or electrical energy. Wind power is plentiful, renewable, widely distributed, clean, produces no greenhouse gas emissions during operation, and uses little land. The global potential for extracting electrical energy from wind has been estimated to be more than 5 times total global annual energy demands.

Wave power is the transport of energy by ocean surface waves, and the capture of that energy for electricity generation, water desalination, or the pumping of water into reservoirs. Locations are shoreline, nearshore and offshore. Types of power take-off include: hydraulic ram, elastomeric hose pump, pump-to-shore, hydroelectric turbine, air turbine, and linear electrical generator. Harnessing the energy produced by waves could provide another form of clean and limitless energy source.

Tidal power or tidal energy is a form of hydropower that converts the energy obtained from tides into electrical power. The incoming water is contained in large storage ponds, and as the tide goes out, it turns waterwheels that converted the mechanical energy into electrical via turbines. Although the electrical energy that would be currently produced from tides is relatively low compared to other renewable sources, with newer technologies that could harness much larger volumes of tidal power. 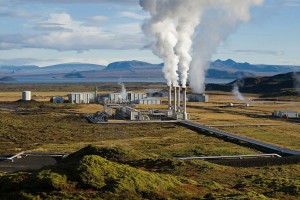 As refinements in conversion technologies increase its feasibility, geothermal power will come to take on a more prominent role. Readily available in various geographical regions throughout the world, both on land and under the sea, this power source alone could provide enough clean energy for the next thousand years. 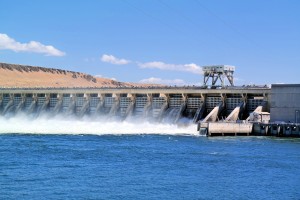 Hydroelectric energy is the production of electrical power through the use of the gravitational force of falling or flowing water. A land bridge or tunnel might be constructed across the Bering Strait. The primary function of this span would be to generate electricity and house facilities for collecting and processing marine products. Beneath and above the ocean surface would be tunnels for the transport of both passengers and freight. Not only could this structure provide a physical link between Asia and North America, it could also serve as an avenue for social and cultural exchange. This land bridge would perhaps serve as a base for the development of clean fusion power. Pipelines to conduct fresh water from melting icebergs to other parts of the world may also be incorporated.

Thorium-based nuclear power is nuclear reactor-based electrical power generation fueled primarily by the nuclear fission of the isotope uranium-233 produced from the fertile element thorium. A thorium fuel cycle offers several advantages over a uranium fuel cycle including much greater abundance on Earth, superior physical and nuclear fuel properties, and reduced nuclear waste production. Thorium is key to developing a new generation of cleaner, safer nuclear power. A group of scientists at the Georgia Institute of Technology concluded that the supply of thorium for production of electrical power could last for more than 1000 years.

Osmotic power is the energy available from the difference in the salt concentration between seawater and river water. Two practical methods for this are reverse electrodialysis (RED) and pressure retarded osmosis (PRO). Both processes rely on osmosis with ion specific membranes. The key waste product is brackish water and the technologies have been confirmed in laboratory conditions. Other methods have been proposed and are currently under development such as a method based on electric double-layer capacitor technology and a method based on vapor pressure difference. This is yet another source of renewable, clean energy that could be utilized.

OTEC uses the temperature difference between cooler deep and warmer shallow or surface seawaters to run a heat engine and produce electricity. The resource potential for OTEC is considered to be much larger than for other ocean energy forms. OTEC can also supply quantities of cold water as a by-product. This can be used for air conditioning and refrigeration and the nutrient-rich deep ocean water can feed biological technologies. Another by-product is fresh water distilled from the sea. There are many applications when such technology is used humanely and with environmental concern.

Ocean currents are one source of natural energy that no one has tapped before. Using giant underwater turbines with more rotational force or torque, the energy from deep-ocean currents such as the Gulf Stream off the coast of Florida can be converted into clean electric power. These slow rotating turbines would have a centrifugal separator and deflectors to prevent harm to marine life. A technology that harnesses the power of ocean currents could provide another form of clean and limitless renewable energy.

The information provided about the different renewable sources of power has been taken from widely known sources such as Wikipedia and websites of companies and individuals who specialize in the specific technology. A simple search on any of them would yield detailed additional information that should satisfy anyone’s curiosity. It is evident that there are more than enough energy resources waiting for extraction by the intelligent application of science.