Home » Man is from Earth… Is the future from Venus?

VENUS, Fla. — At 86, Jacque Fresco doesn’t dwell on the past. He works single-mindedly on the future — his vision of the future, that is.

And if you’re having a bad day, that future is going to sound good.

In Fresco’s world all countries share their resources; all manual about is done by machine; there is no poverty, hunger or war; there is no government or need for money; adults work only three days a week; everyone gets to pursue their personal interests.

Fresco, by turns futurist, author, inventor, philosopher and dreamer, has been working toward that place he calls “The Venus project” for all of his storied life. Why man needs to get to this new plain and how to get there is detailed in his new book, The Best That Money Can’t Buy — Beyond Politics Poverty & War (Phenix & Phenix Books, $24.95), which Fresco will discuss at 8 tonight at Books & Books, 265 Argon Ave., Coral Gables. 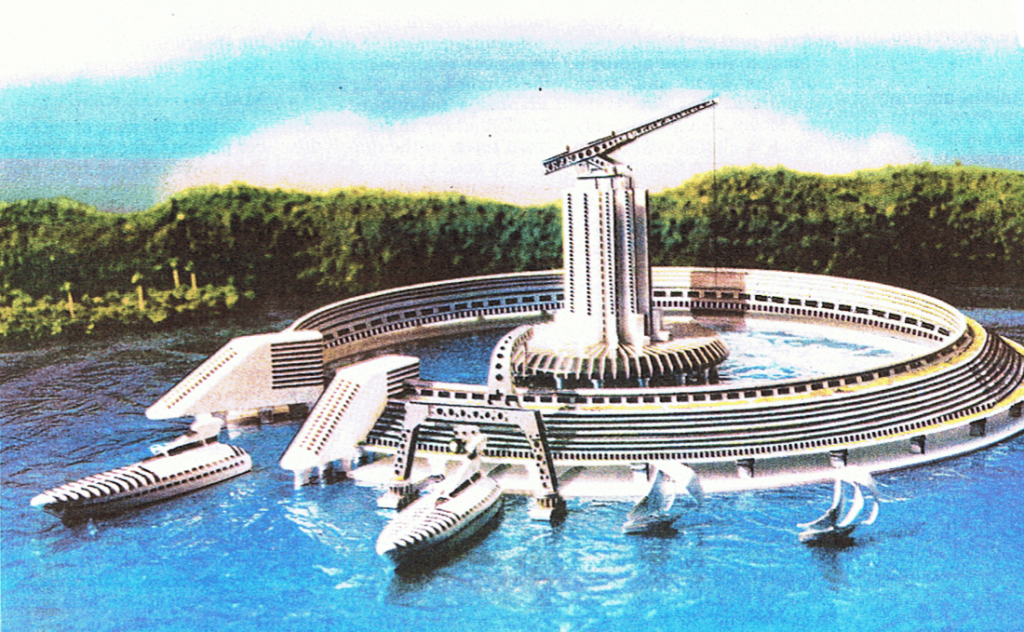 City in the Sea by Jacque Fresco

“The way we’re going, one day we’ll all be in an unliveable, toxic place,” Fresco says. “We have nuclear bombs to level the world several dozen times. With the money it took to make them, we could have built so many universities and schools and healthcare centres and helped people live so well they need not struggle ever again. There’s something dreadfully wrong.”

From his 25-acre spread in Central Florida, with dotted with dome-shaped buildings of concrete, steel and fibreglass that look like the Jetsons’ vacation ranch, Fresco has not given up his dream of building a $50 million prototype city in which all human needs are met by technology, doing away with the need for money or the motive for crime.

His more immediate goal is to find the funding to make a feature length film of his techno-utopian lifestyle so his theories can reach a mass audience.

The May-June issue of The Futurist, which reviews Frescoes book calls him “a visionary engineer” and whether the future he envisions “is probable or even possible is open to debate, but he succeeds in conveying the power of thinking of the future on a grander scale.”

Drexel University sociology professor Arthur Shostak has used many of Fresco’s ideas in his classes.