Home » The Man and Woman from Venus 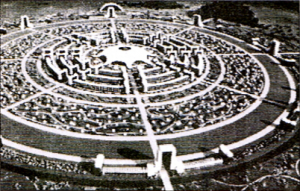 If aliens were to land in Florida, where would they land, I wonder. A place called Cape Canaveral, or a place called Venus? If they did land in Venus, I know there’s a landing pad ready to accommodate their ship, and two humans who would make the most enlightened interchange with our galactic or intergalactic relatives ready to receive them: Jacque Fresco and Roxanne Meadows.

Jacque Fresco is 76 years young. His missionary zeal and intensity of purpose keeps him that way, with no time for backsliding. His mission – along with his companion, “co-everything” Roxanne – is to change the course of human history.

According to Jacque and Roxanne, Humanity has fallen so deeply into the abyss that the only way out is onto a path of brotherhood and love, where we live in harmony with nature and with the earth.

Their systematic plans for accomplishing this begin with a film (which they hope will be more popular than Star Wars) that will explain the workings of what Jacque calls Sociocyberneering:

“a comprehensive design of the best science and technology for enhancing the lives of all people.”

According to the ultimate plan, cities will be completely self-sufficient, the drudgery of work as we know it will not longer be necessary, there will be no such thing as war, and him to do his own thing, and roped off the back of the classroom, asking the teacher not to disturb him! A truant officer who ones caught up with Jacque (again amazingly) was also sensitive to the unusual boy. When he saw the serious work of inventing and exploring Jacque was into, he allowed him to go off on his own. The inventor, explorer, and problem-solver has never looked back. 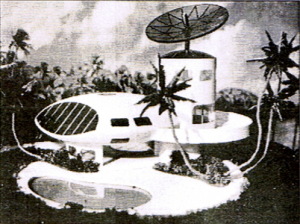 Interested profoundly in human behavior, Jacque started off studying insects, spending years exploring their behavior. She then trained rats to respond to visual data, and pigs to clean up their rooms and make their beds before they got fed!

It seems Jacque Fresco has spent his entire life in one form of laboratory or another. As a young man he was known for his ability to work with hardened criminals in New York. His reputation for being able to help shape convicts into positive contributors to society grew not only with the officials but also among the criminals themselves, who considers him someone they could trust. Jacque’s methods for winning these troubled people all Over when something like this: At first he would show them the flaws in their destructive designs, particularly of weapons, pointing out how they could make the designs more efficient. Then he would slowly guide them off weapons into books and self-improvement.

Jacque tells a story about meeting one of Al Capone’s henchmen, back in the 1920s. The fellow came to him seeking help for a personal problem. “Ya see,” the gangster said, “I love ridin’ in niggatown with my big Rolls Royce, with a blonde babe on my arm, and just watching all them niggas look at me, and I want to know why dat is, Jacque.” Jacque told him why it was – that the man had no real friends, that people hung around him just for the stuff he gives them, and that he had been just like those black men and boys who gawked at him, his blonde, and his Rolls. He reminded the man that as a youth he had also thought men with the fancy babes and cars had everything, expecting that when he had all that stuff himself he would find true happiness. Of course it didn’t happen that way. Well, wouldn’t you know it? That hood wound up agreeing with everything Jacque said about him! 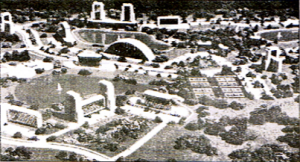 The consumerist dream the gangster bought into is not too different from the one that most people buy into today. Jacque and Roxanne have divorced themselves from the consumerizede world as much as possible, although Roxanne meets it in her work as an architectural model-builder and delineator and Jacque ventures into it whenever he is invited to lecture somewhere (such as Princeton University, a recent national environmental conference in Washington, D.C., and the University of South Florida). Occasionally the world comes to Jacque, as he is often asked to solve problems for a variety of industrial companies. In fact, the landing pad on their land is a heliport that was built for deliveries from major contractors.