Sci-fi scene from another planet? No… this is a fantastic foretaste of life ON EARTH starting in the next 10 years.

Imagine a future where people live on artificial island cities — technological paradises without money or politicians. No more struggling at a boring, meaningless job for a boss who cares more about profit margins than your well being. Instead, computers supply everything you need more efficiently and even-handedly than any self-interest human. Your home is in a mile-high skyscraper, a lofty residence surrounded by acres of lush public parks. 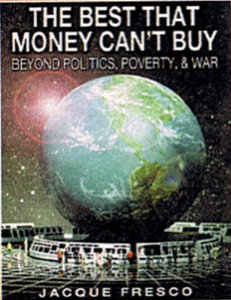 This life could be yours — beginning with the next 10 years — thanks to the visionary work of The Venus Project and its leaders, Jacque Fresco and Roxanne Meadows.

“Today’s environmentalists protest about the forests being cut down, but they still live in wooden houses,” Fresco told Sun in an exclusive interview. “We need to rethink the way we live. The Venus Project offers a way to overcome the limits of this system.

“Population pressures are so great, the land is becoming jammed with people. We’re not just talking about building these islands as ocean cities, but also as marine labs to monitor the oceans and put back what we take out. The oceans are our last available resource. If we use this resource intelligently — for instance, by cultivating fish to replace those we used for food — we cannot exhaust the supply.”

Far-seeing Fresco outlines his vision of the future in the vividly-illustrated book, The Best That Money Can’t Buy: Beyond Politics, Poverty and War (Global Cyber-Visions), as well as his website, www.thevenusproject.com. 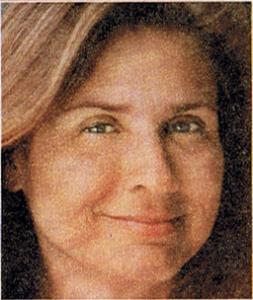 “My medical designs are quite highly priced.” he says, “so I put my earnings towards something productive.”

Thus far, those earnings have built the first phase of The Venus Project, 10 dome-shaped buildings on 25 acres in Venus, Florida. Visitors to the tropical laboratory compound have described it as a “second Eden.” It is here that Fresco is designing the city of tomorrow, built in harmony with their environment, powered by alternative energy systems and maximizing the use of natural resources.

His next step: a major motion picture based on The Venus Project brilliant vision of the future. Proceeds will go towards building the first experimental city. 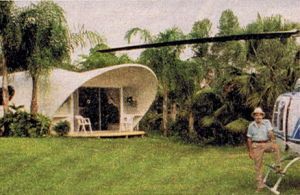 The unusual architecture of The Venus Project comes from the need to maximize resources. Dome-shaped buildings require the least amount of material to enclose an area and offer the greatest strength and stability. Circular cities provide the best living space for personal enjoyment, ease of movement and distribution of goods.

Some of the cities will be located on artificial islands on the sea, drawing on the vast untapped resource of the oceans without disturbing their ecology.

“Many of these ocean cities may serve as oceanographic universities, functioning as natural sea aquariums,” Fresco explains. 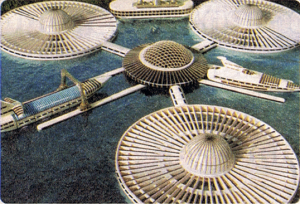 “Others will maintain sea farms that will harvest many forms of marine life. Still others may reclaim dangerous radioactive material and similar pollution that has been pumped into the sea.” Buildings would be covered in solar panels and “thermopanes,” capable of blocking bright sunlight with the variable patterns of shading. These features could supplying more than enough energy to operate an entire household — and sturdy, smart homes like this can be inexpensively mass-produced in a matter of hours.

But cheap housing, energy and food is nothing compared to the ultimate goal of the Venus Project: the resource-based economy. In this system, anything you need is available without the use of money, barter, credit or that of any kind. 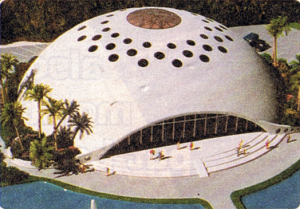 “If you landed on an island with a huge pile of money, but the island has no topsoil, no fruit trees and no fish in the waters, you have nothing,” Fresco says. “Money doesn’t count. What really counts is not for resources.”

In the society of tomorrow, cars, VCRs, and personal computers will be built in fully automated factories and delivered by ultra-efficient, computerized transport systems. Instead of paying for consumer goods, citizens will check out high ticket items from distribution center similar to a local library.

“When the library system was first introduced, most Americans couldn’t afford books — they were a luxury item,” Fresco says. “People said libraries where books were available for free would destroyed the book industry. Obviously this hasn’t happened. 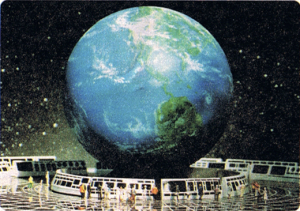 “We wanted world wide distribution centers where children can take out things like cameras, art materials, or even water skis. If they want to take some pictures, check out a camera and return it when they’re done. If they enjoy it and want to try more, check out a more advanced model. The library maintains it and keeps it in good shape.

“Under a system like this, there is no poverty, no envy — and no need to steal.”

Today’s middle-class Americans live better than any king in history, thanks to technology like air conditioning, electric lights and cart radios. More and more people are being laid off as ultra wealthy industrialists replace human workers with machines. Lobbyists donate billions of dollars to politicians to keep the corporations in business. 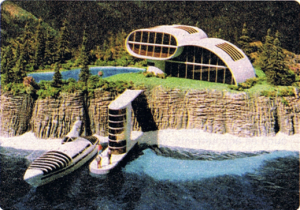 But unless things change soon — possibly within seven years, Fresca says — there won’t be anyone left who can afford the latest machine-made goods. With no customers, the companies will fold, and the economy system will crumble into a new Great Depression, even bleaker than the first.

“We would like people to know that they have a constructive alternative,” Fresco says. “Social change is not always for the better, unless people know they have a chance for the better. That’s what The Venus Project is really about.

“We’re trying to translate what all religions talk about into reality — a world where Earth is declared a common heritage for all to share, where all all important decisions are based on scientific fact, not political and financial influence.”