The key word is cybernation

The tight-­knit metropolitan society is the key to the pro­ject, which proposes a tabula rasa approach (see page 39), whereby you build new cities rather than trying to repair the old. This is exemplified in the idea of the circular city: a fully conceived, sustainable and efficient city consisting of concentric circles around The Central Dome, with recreational areas at the outer rim. Inside is everything a modern society needs. The idea isn’t unlike Ebenezer Howard’s Garden Cities of Tomorrow, see page 38, though naturally it is infinitely more modern. After all, there’s 75 years between the projects.

Fresco recommends connecting cybernate system computers to automated machinery, coordinating all the city’s functions and processes. This can be compared to the brain and nervous system of an organism. In the city’s housing areas, the system monitors environmental management and the recycling of waste. It also monitors and adapts supply and demand between fabricators and consumers, balancing production and distribution according to demand. Hence, according to the idea, excess pro­duction and scarcity can be eradicated. 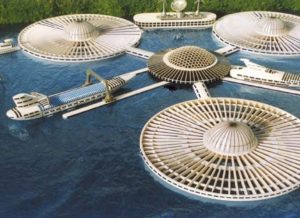 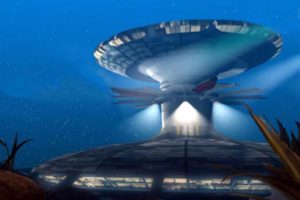 Cybernation (cybernetics + ­ation), which means the automated control over a production or process through computer control, is a keyword. Fresco maintains that only when this cybernation is fully integrated into our culture can computers sensibly serve humankind and its needs:

”No technological civilization can ever operate efficien­tly and effectively without the application of cybernetics to the social system. This dynamic approach only acts to enhance human lives — it doesn’t monitor or dictate their lives. The idea is to create so good living conditions and so high standards of living that everybody will be free to choose the lifestyle they find the most fulfilling.”

“We are limited by our past. Perhaps the greatest limiting factor of our present-day pre-scientific culture can be traced to our language, social customs and values, which were conceived in earlier times.” — Jacque Fresco

Even though the city core’s production units are auto­ mated, they are non­polluting, silent and clean, with easy access to the cities. Goods and products are transported on boats along canals while people are transported cen­trally from the Dome (e.g. by automated monorails desig­ned for transportation between cities, or by air or sea between states.) Fresco also has suggestions for undersea housing units in which the view from your window wouldn’t be surface nature, but fish and other marine life. 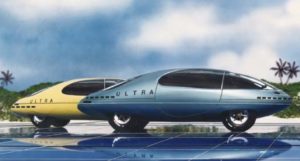 However, technology and design of the physical world alone won’t cut it. The culture must also be designed and the population educated for a better world. We are limited by our past. ”Perhaps the greatest limi­ ting factor of our present-­day pre­scientific culture can be traced to our language, social customs and values, which were conceived in earlier times,” the argument goes. However, any similarity to earlier totalitarian regimes is resisted:

“The design of The Venus Project will not only be applied to cities, industrial processes, and the environment, but to education as well. The aims of The Venus Project have no parallel in history, not with communism, socialism, fascism or any other political ideology. This is true becau­se cybernation is of recent origin. With this system, the system of financial influence and control will no longer exist.”