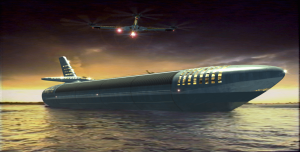 Our current money based system is not capable of providing a high standard of living for everyone, nor can it ensure the protection of the environment because the major motive profit. Businesses aren’t entirely to blame; they are forced operate this way in order to retain the competitive edge.

Simply stated, within a resource-based economy we can utilize existing resources – rather than money – to provide a fair method of distribution in the most humane and efficient manner. It is a system in which all goods and services are available to everyone without the use of money, credits, barter, or any other form of debt or servitude.

To better understand a resource-based economy, consider this: if all the money in the world disappeared overnight, As long gas topsoil, factories, personnel and other resources were left intact, we could build anything we needed to fulfill most human needs. It is not money that people require, but rather free access to most of their needs without worrying about financial security or having to appeal to a government bureaucracy. In a resource-based economy of abundance, money will become irrelevant. 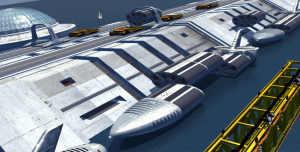 And this new economy – it will solve all of the world’s problems?

Well, if we are genuinely concerned about the environment and our fellow human beings, if we really want to end territorial disputes, war, crime, poverty and hunger, we must consciously consider the social processes that lead us to a world where these factors are common. Like it or not, it is our social processes – political practices, belief systems, profit-based economy, our culture-driven behavioral norms – that lead to and support hunger, war, disease and environmental damage.

The aim of this new social design is to encourage an incentive system no longer directed toward the shallow and self-centered goals of wealth, property, and power. This new incentives would encourage people towards self-fulfillment and creativity, both materially and spiritually.