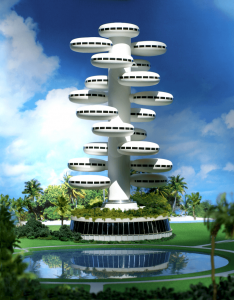 At what stage can you envisage world governments even beginning to contemplate your ideology?

Many people believe that government leaders bring about change with a deep concern for the wellbeing of their citizens. I think that nothing could be further from the truth. Nor did past shifts in society come about as the result of changes in the schools or the home. I’ll establish government systems tend to preserve and uphold their own interest and power base.

The real forces responsible for change have more to do with unforeseen, external events or biosocial pressures that physically alter our environment and established social arrangements. For example, the infusion off machines and processes that replace people and remove their means of making a living, adverse natural conditions of drought, floods, storm, and earthquake, manmade disasters of economic oscillations, or some outside threat of hostile nations.

Your concept of The Venus Project has been criticized as being akin Communist regime. How would you respond to that?

Communism differs considerably from the direction we advocate. While Marx offered a bold new direction in his time, it falls far short of what can be accomplished with today’s technology applied with human and environmental concerns. The Venus Project offers science and technology in the service of humankind on a global scale and eventually helps to eliminate all the artificial boundaries that separate people.

We would surpass the need for human participation in the production of goods and services. There is no taxation or obligation of any kind. We advocate no government by human systems. They have always proved inadequate. Computerized systems and cybernetics would be applied to the social system and must comply with the carrying capacity of our global resources. When people have access to resources, most crimes will disappear. The need for police, military, and prisons will eventually vanish with it. Of course this will coincide with the necessary changes in education. 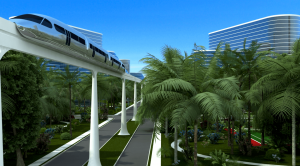 How will you pick a leader?

The Venus project gets rid of the need for a leader, president, or prime minister. There are merely people who are solving problems and teaching others who have less experience. When one examines this more closely what have these so-called leaders even given us? Do they know how to bridge the difference between nations and the eliminate wars? Have they ever brought us inventions such as electricity, automobiles, energy systems or a washing machine?

Not trying to play devil’s advocate, but we are freethinkers here at Laissez Faire and we have to challenge your ideas.

Of course, I wouldn’t expect anything less – it is important to discuss and debate.