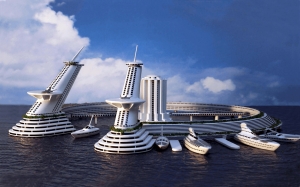 Oh good, didn’t want you to think we were just argumentative. So, you are calling for a global change. Yet with so much distrust among the nations and cultures, where do you begin to break down these barriers? It’s taken years to even initiate peach talks between Israel and Palestine.

It’s an important point that you’ve raised. We must start with what we have in common. All social systems, regardless of political philosophy, religious beliefs, or customs, ultimately depend upon natural resources like clean air and water, arable land, and the technology and personnel to maintain a high standard of living. This can be accomplished through the intelligent and humane application of science and technology using a global approach. When money and self-interest are outgrown, interaction between nations will become based on mutual interest. This approach will help eliminate artificial boundaries that separate people.

In a resource there is material gain for everyone if their country participate in a project called common heritage, which will advance all nations. Those that refuse to participate will miss the advantages gained.

Venus will not interfere with religious believes, social customs of traditions. These cannot be forced out, you can only educate out beliefs that are irrelevant. We preferred to use that approach rather than a military one. Although it may take longer, we feel they will eventually see advantages of this point of view of joining together and sharing resources, just as all of the United States once joined together and the fighting between borders stopped.

All countries have resource shortages and we field they will see the advantages. Nothing forced upon anyone. 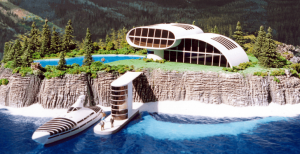 Isn’t it human nature to have greed and desire? This is probably the wall between your ideology and that of the war mongering oil tycoons and elite banker no?

There is no such a thing as human nature in the conventional sense of being a set of predetermined, preprogrammed behaviors and values to which all human beings are predisposed. What we are concerned with it’s human behavior and values, which can certainly be changed. If they could not, we would still be living in caves.

The question we should be concerned with is, “What are the factors that shape human behavior?” We feel that human behavior is just as lawful as any natural phenomenon. Our customs, behaviors, and values are by-products of our culture. If the environment is unaltered, similar problems and behaviors will reoccur. The Venus Project proposes to provide an environment that will bring out the best in human behavior and extend maximum courtesy to all nations. 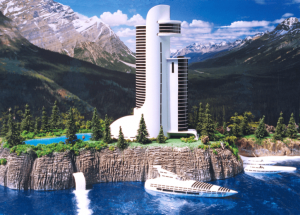 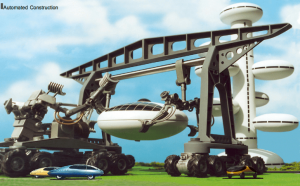 I leave you with this: The New Utopians by Robert Boguslaw: “As Norman R. F. Maier (and others) point out years ago, the term “Human Nature” is characteristically used as a screen to hide out ignorance about men in general. And one of the more elementary oversight made in discussions of human behavior consists of ignoring the fact that the actions of man are set in motion by external as well as internal forces.”

Thank you Jacque, you have clearly given us a lot to think about. Just one Google search will tell you this new ideology has received criticism and support in equal measure. We leave you to make up your own mind.

If you want to find out more about Jacque and the Venus Project, visit: www.thevenusproject.com