By Amine SAHRANE – Writer for L’Economiste in Morocco (article published Nov 20, 2017 and translated from French to English).
Original article: http://www.leconomiste.com/article/1020363-le-projet-venus-croit-en-un-monde-sans-crime

– The Economist: You say that the technology currently available can achieve abundance. Is it really feasible?

– Roxanne Meadows:
Certainly. The problem does not lie in the fact that today’s technology cannot provide for the needs of every person on the planet. The problem is that it is not well used. However, it can build a new environment. Operational with a minimum energy consumption and the cleanest technology possible. A system in harmony with nature that aims to get the highest standard of living possible for everyone. We do not even have enough money to provide each individual with a home, while we have enough resources to easily reach that goal and much more. For this reason, we advocate the Resource Based Economy. 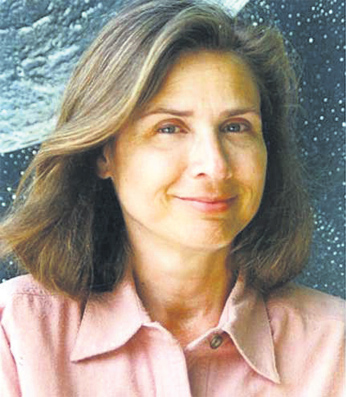 “Our social and environmental problems will remain insurmountable for as long as a small number of individuals have a stranglehold on controlling and consuming most of the planet’s resources.”
Roxanne Meadows

– Jacque Fresco, co-founder of the Venus Project, talks about an inevitable crash in the
capitalist system. How can we defend this point of view?

– The debt system is an establishment that keeps people and nations in a state of servitude. At the same time, a very small group reaps the benefits. The rationing of resources through monetary control is no longer relevant and is even counterproductive to the survival of our species. Our technologies are developing at a staggering speed but our social systems limit our aspirations.

The fuel of this system is consumption, but technology replaces millions of people in the workplace. As a result, people who are unemployed will not have the purchasing power to obtain the goods and services turned out. This is a huge danger to the free enterprise system and we have no idea how to solve it.

As indicated in a special report by “The Economist” in 2016: “Martin Ford, software entrepreneur and author of the bestseller “Rise of the Robots” warns against the danger of a “future without work,” pointing to the fact that most of the work can be fragmented into a series of routine tasks and that more and more of these tasks can be performed by machines.” We have here a recipe for disaster. When enough people find themselves unemployed and unable to survive, lose their homes and their trust in the elected leaders to solve the problems we see, there will be uncontrollable social tensions.

– The resource-based economy is criticized as being communism disguised by technology, what do you say?

– Communism differs considerably from the direction we are advocating. A communist system has a currency, banks, an army, prisons and an elite. It is governed by a form of ideology that does not necessarily relate to human or environmental needs. The Venus Project does not use any currency and makes available goods and services without a price tag, debt, barter or any form of servitude. We use machines and automation to produce and distribute. The goal is to liberate people so they can pursue their own interests and fulfillments, not just their survival.

Where communism is concerned with the working condition of the labor class, The Venus Project main concern is producing products with limited or no work while giving people all the resources for a prosperous and high energy society. Our goal is to produce a society to free people giving them time for learning, exploration and creating.

The Venus Project does not advocate a system of government by human beings either. Cybernetics is implemented within the social system and has to conform to the Earth’s carrying capacity in terms of resources.

The main purpose of the machines is the production and distribution of goods and services while maintaining a clean environment that serves everyone without any individual being able to generate any profit. When people have access to resources, most of the crimes will disappear. The need for police, army, prisons will also eventually be surpassed.