Many people have asked how we fared through Hurricane Irma, so we wanted to update you about that event. Jacque always wanted to put his buildings to test with a good size hurricane, and he sure got his wish with this one.

Irma was unprecedented as the largest, most powerful hurricane in terms of maximum sustained winds ever witnessed in the Atlantic Ocean, as well as one of the most intense hurricanes ever recorded in history and at a category 5 rating, the strongest parts of the storm were predicted to tear right through Florida. At 650-miles-wide (~1050 km), it was enormous, especially given that the peninsula of Florida is only about 160 miles (~260 km) across in comparison. To make matters worse, the land in Venus, Florida was designated as part of a flood zone (wetlands) several years after the purchase of the land.

We at The Venus Project were mainly concerned with the potential flood waters, but must admit that we harbored a bit of anticipation about the buildings as well. The buildings were developed and constructed with what was affordable without mortgages, rather than everything that was wanted, and luxuries like storm window protection were not in place, making the insides of the buildings more vulnerable to hurricane damage.

Not wanting to take any chances, all of the models and much of The Venus Project’s archive materials were packed up and moved to a concrete apartment building thirty minutes north on higher grounds. That arduous effort took three cars and several trips each. Then Roxanne, Joel and Nate drove north, along with millions of other Floridians. It was similar to Jacque asking people when they evacuate, “Where are you going?”. “I don’t know but I’m getting out of here”. There really is no comprehensive overall planning for situations like this, nor for when people return either.

Irma did end up passing right over Venus as a Category 2 hurricane with 110 mile an hour sustained winds. Not only did the research center get hit with the eye of the storm, but a tornado also formed and touched down, which can be even more devastating.

Admiringly, the buildings came through it all unscathed. Jacque would have been pleased. Flooding did occur within the buildings, however, with some much higher than others. For the first time since its development, there was standing water in 8 of the 10 structures.

Photo showing many palm trees down and other debris in front of one of the buildings at The Venus Project. 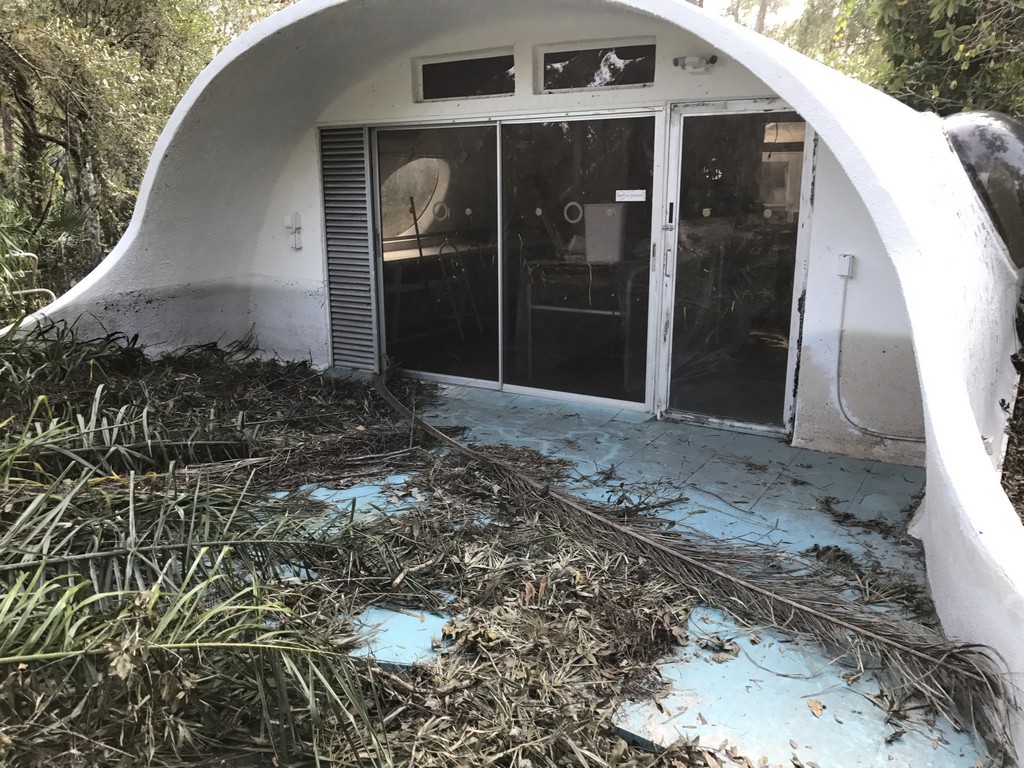 Notice the water level lines on the building itself.

Damage to the inside of the buildings was minimal because Jacque planned for such things by not using materials such as drywall, rugs, curtains, wood, and a minimal number of elements that could rust or rot. Most of the buildings are extremely strong due to their shape and there are no shingles or roofs to blow off. The materials that Jacque preferred were concrete and steel, epoxies, stainless steel, and ceramic tile floors, while much of the furniture are integral parts of the buildings. Five volunteers are using a lot of disinfectant, a wet vac, pressure cleaner, and lots of scrubbing and cleaning to help bring the center back to normal. In fact, even cleaner!

About 50% of the trees were destroyed, including both large oaks and palms, producing a tremendous amount of debris that many at The Venus Project helped to clear, along with a hired crew of 8 people working three days with heavy machinery. Even with all of that, the crew could only clear the trees that had fallen over the roadways, unable to deal with the dead palms that are still standing. 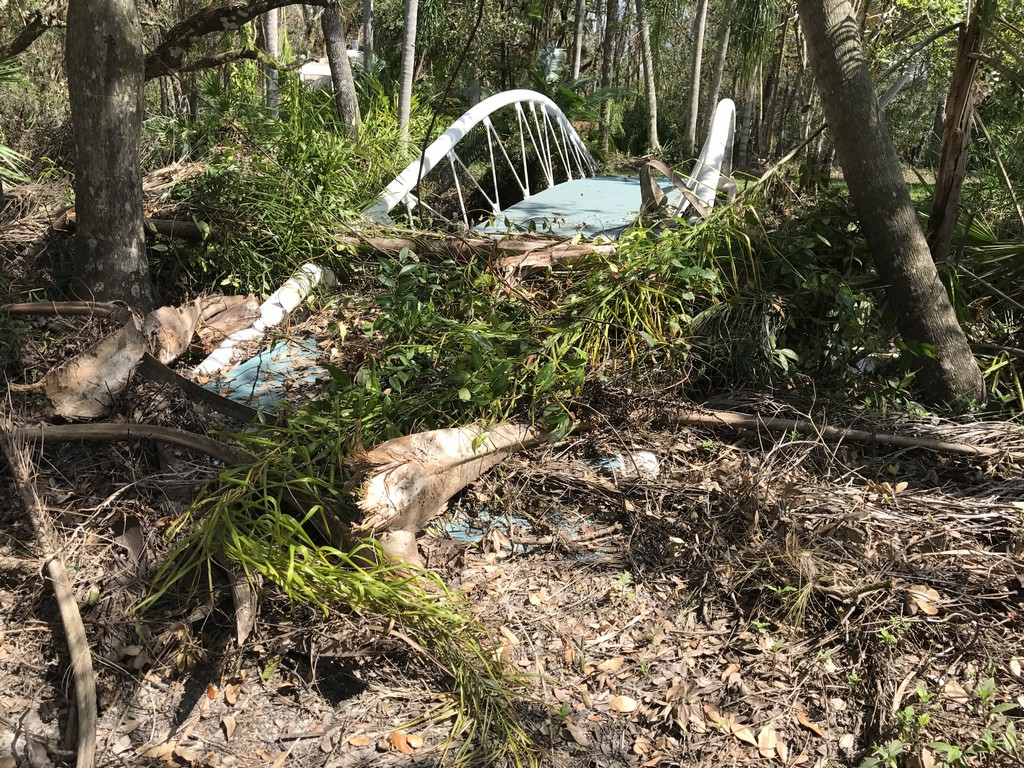 Many people ask how The Venus Project plans to handle these types of catastrophes. Within a Resource Based Economy, there would be a division called Special Contingencies. This group would be fully equipped to act in case of any emergency or major disaster. They would be a large group of people and equipment that can be mobilized immediately, anywhere in the world, and without requiring permission from any authorities. They have all the necessary resources they need to accomplish any job they may be called upon to accomplish, whether it be to relocate very large groups of people to sufficient, safe, accommodations quickly, housing and feeding them immediately, or restoring an area after a devastating earthquake, hurricane, tsunami, etc.. No amount of resources would be held back due to monetary considerations or discrimination of any race, color or creed.

If the current system were The Venus Project/Resource Based Economy, some of the immediate steps for this situation/challenge would be solved as follows:

These first steps would be taken immediately after the events with no questions asked about the costs of the supplies or the team’s availability.

Without the need for any monetary considerations in a Resource Based Economy, the rescue equipment used to mount such operations would also be much more capable of handling any situations they find.

The people would not be motivated by payments, but the human incentive and concern to help their fellow human beings avert as much suffering as possible. After all, they too could easily find themselves in the same situation.

The real problem is, we are not organizing Earth’s resources efficiently to minimize the effects of natural disasters. By “efficiently”, we mean to use the Methods of Science applied to how we operate society, with the primary aim being the well-being of people and the protection of the environment or social concern on a global scale. It also means basing our production on the carrying capacity of the Earth’s resources through the use of clean sources of energy, full recycling of used products, and making manufactured goods and services available to all without the need for money. Jacque Fresco arrived at this direction and called it a Resource Based Economy, aimed at maintaining sustainability through a balanced load economy. This method would also surpass the byproducts and man-made disasters of the monetary system such as climate change, war, poverty, homelessness, greed, and jealousy by meeting the needs of all people and producing abundance as quickly as possible.

“The real wealth of any nation lies in its developed and potential resources, the people who work toward the elimination of scarcity, and the creation of a more humane society.”
~Jacque Fresco, from The Best That Money Can’t Buy

Update: The Tour/Seminars at the Research Center will resume on October 14th. Find out more here.